The pieces I present are the results of research on the history of the barely known KL Sondau concentration camp located in Działdowo, which is my home city. The title pun itself – UmnieRaj [‘Paradise in my place’ vs. ‘Die’] – provokes reflection. Painting works and spatial forms closely related to them are the sensation of the tragedy that occurred in Działdowo, in Poland and around the world filtered through my emotions and experiences. Speaking of the local history, I also wanted to depict the global implications of cruelty and to emphasise the universal dimension of the pieces. The cycle of paintings Lebensraum and spatial objects Breadbox and Trap reflect the hope and fear of prisoners and the emotions associated with memories from the times of World War II. The concerns that unfortunately become valid in the 21st century, because the previously unimaginable return to fascism is becoming more and more real.

Born 1986. Studies: Faculty of Painting of the Academy of Fine Arts in Warsaw (2015–2020). He specialises mainly in painting, but he also creates spatial objects and installations that are closely related to his painting work. 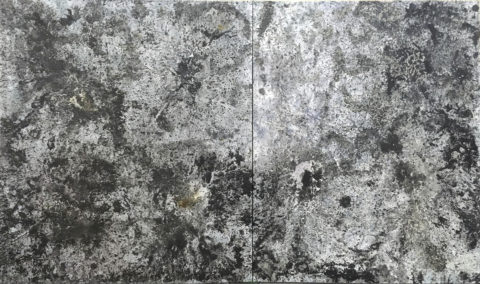 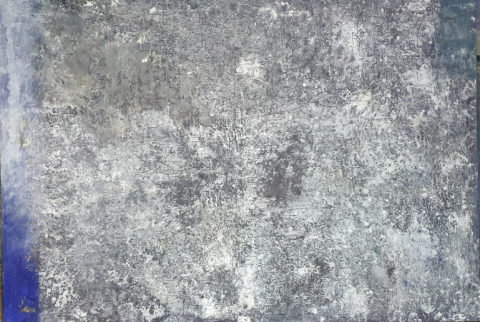 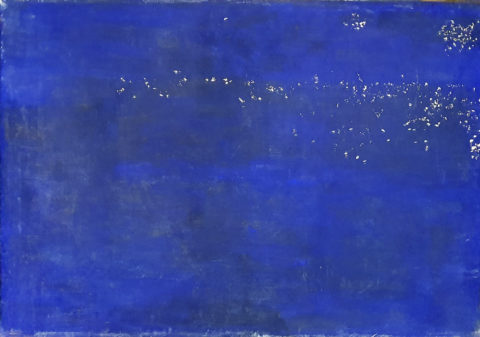 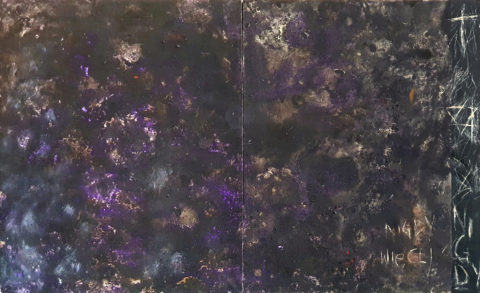 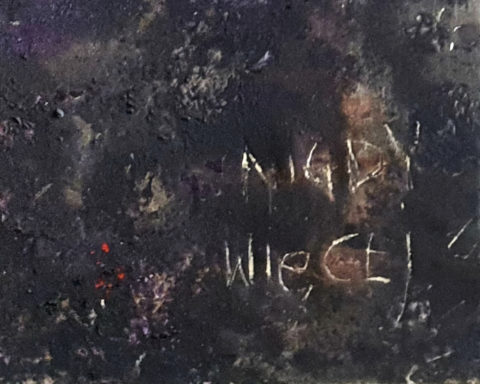 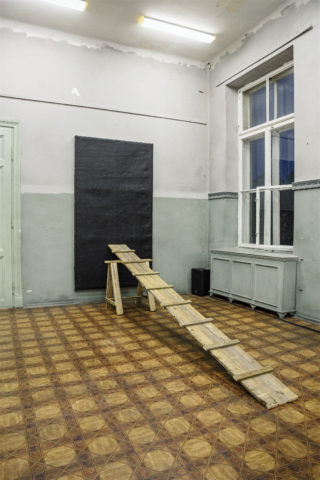 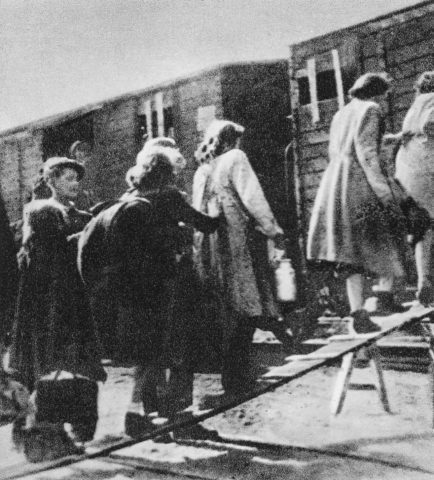 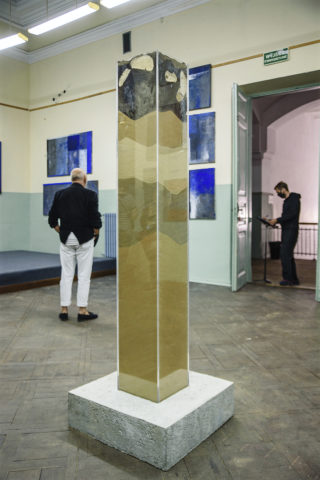 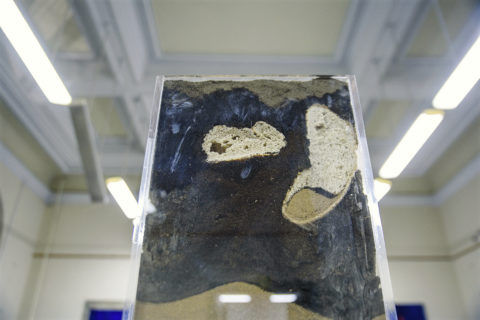 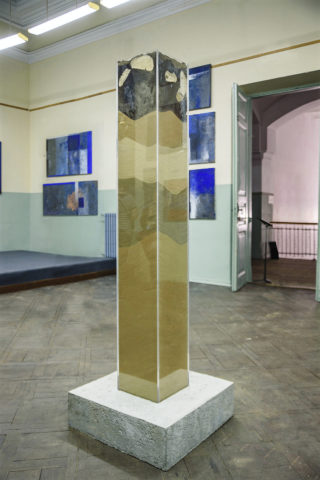 Łukasz Malinowski proved to be a man and artist who thinks and acts in a surprising way. During his studies, he felt close to the ideas and signs of the painting of the 1960s; he was interested in such painters as Dubuffet, Burri and Soulage.

His degree piece is embedded in the tragedy of the martyrdom of prisoners of Durchgangslager Soldau – the extermination camp that the Nazis built in his hometown of Działdowo during World War II. The painting works take on the character of abstract fields, representing areas of annihilation and nothingness. In some places, they contain small engravings expressing hopelessness and fear of destructive death; visually they resemble signs of the Paleolithic Era.

Malinowski made a very meaningful annex to the diploma from Visual Structures under the direction of Dr hab. Jan Mioduszewski; the slices of bread buried in the sand visible in its vertical section are the best illustration of the truth of help in saving life.

A scrawled shout has grabbed my attention in Łukasz Malinowski’s paintings for a long time. Łukasz carries difficult experiences within himself. In his degree year, he began to work on the topic of the memory of World War II. We talked about how not to flatten history. How to reach the truth of time while managing to assert one’s own voice. Through the place, material and touch. Fortunately, Łukasz managed to reduce history to experience. During his work on the minor degree in Visual Structures, he began to see and feel the traces. He became interested in Durchgangslager Soldau – a Nazi transit camp in Działdowo, which is his hometown. It was a camp in which Poles and Jews died. The object Breadbox, in which the author metaphorically depicts inhabitants of Działdowo rescuing camp prisoners from starvation, is dedicated to the camp. Prisoners built the road, and inhabitants buried bread on the building site at night. Malinowski’s second project – the installation Trap – is dedicated to the Holocaust. It refers to a historical photograph from Umschlagplatz.