At the table
The table is the place at which we can sit, drink a cup of tea, play cards or chat. It is loud today, the neighbour is playing thumpa-thumpa, the fridge is humming, the cat is begging for food. At the table, one hand will sometimes touch another unwittingly. The Frania washing machine finishes spinning. The TV antenna needs replacement because it sounds creaky. Don’t those ticking clocks disturb you? The looks of glass eyes could not meet at the table when we drink compot that is always served in excessive amounts. When we refuse another portion of cake. We eat cake. We refuse cake again.

It has been very quiet at the table since I learned that wax is cool to the touch and as delicate as the human skin.

The scope of my interest encompasses the simulative character of art, particularly dolls. In this work, I focus on the creation of a space that imitates intimacy, creates
a pretence of life and suggests p r e s e n c e. An almost non-gallery space that invites the spectator to come closer and experience the personal dimension of the installation. In my degree piece, using the figure of a doll, I want to revive its original magical-ritual function. The character of my dolls has nothing in common with a toy or theatre. For the needs of my thesis, I define the doll as an anthropomorphic object that creates the possibility of animation and, most importantly, is illusorily alive. Referring to the old tradition of participation of the image (in the form of dolls) in culture, I try to elaborate my own visual language that is expressed through their animation. Dolls were present and very important in burial rituals of many cultures. As a substitute for the dead person’s body or a vessel for the soul, they were images helping to transform and accept the experience of death. The psychological aspect of such action inspired me to create a piece in which I look at the fear of death that is domesticated with the use of an image-doll. In reflections concerning this piece, I am particularly interested in the issues of distinction between what is alive and what is dead, the presence and absence and the transformation of traumas and fears by means of the ritualistic animation of human likenesses. Due to their magical heritage, dolls have functioned as this type of image throughout history. Because of their ambivalent character, they have not ceased to be a relevant means of expression – on the contrary, they are a timeless medium abounding in the senses today. My personal experience and reflections fall within the universal character of considerations on the function of anthropomorphic beings in cultures, and their participation in the sphere of magical and religious rites is a great inspiration for me to arrange my own ritual space. 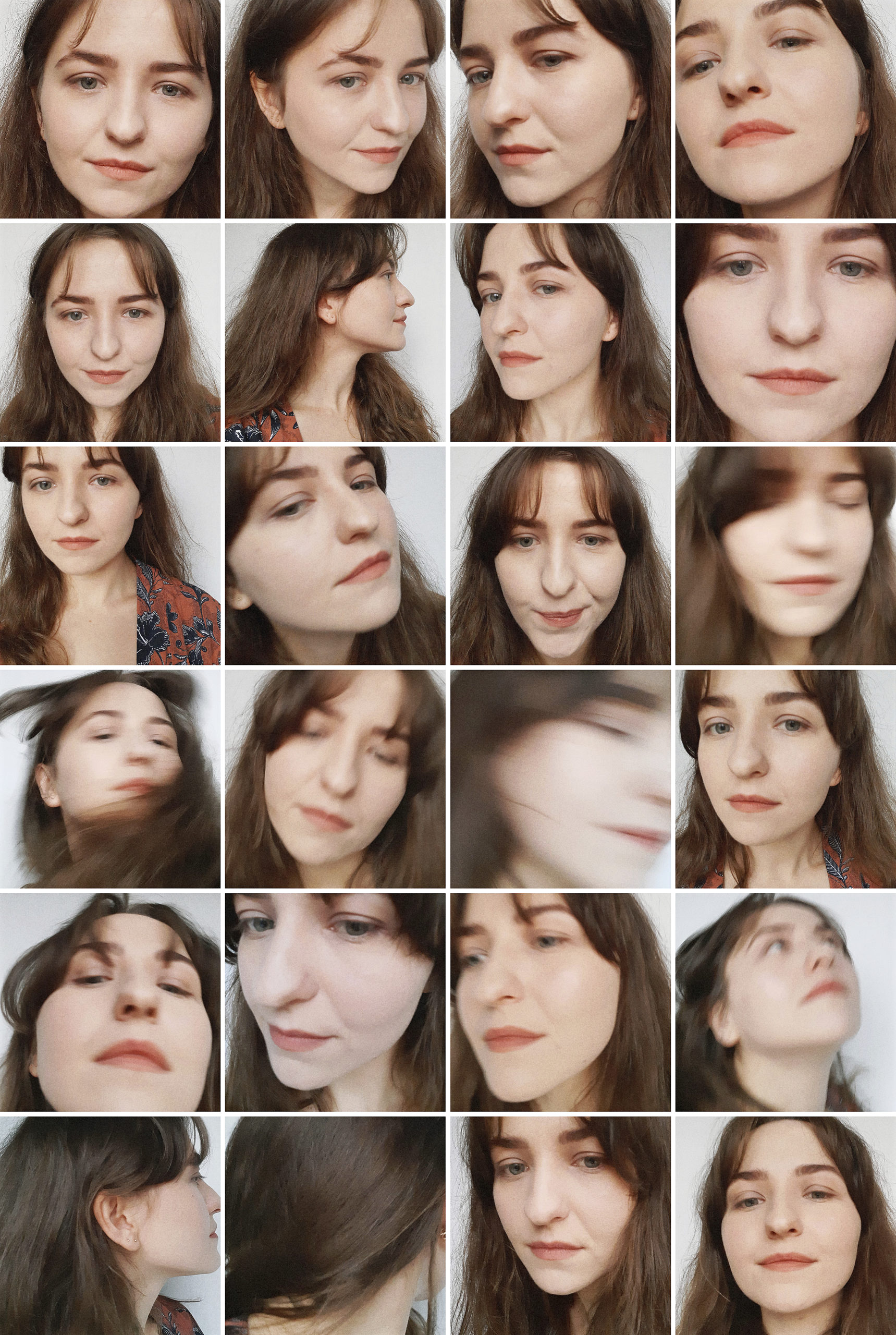 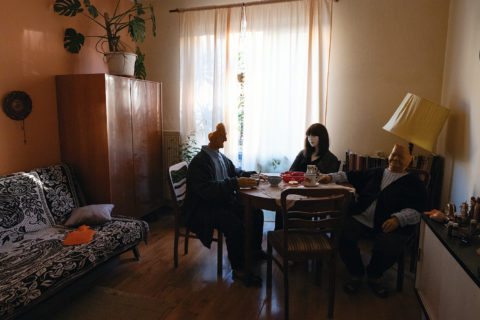 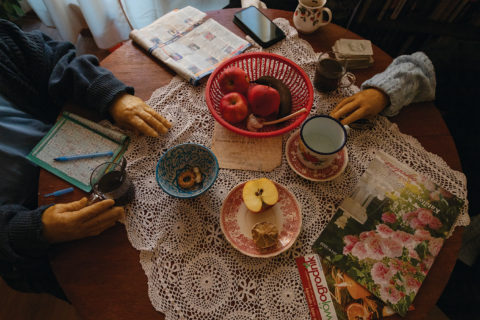 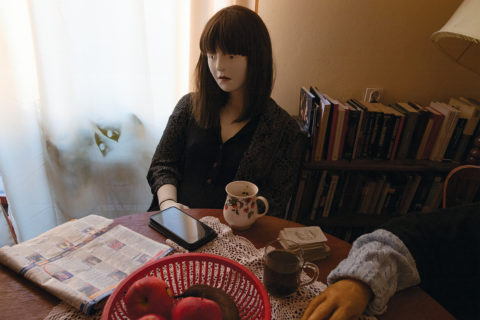 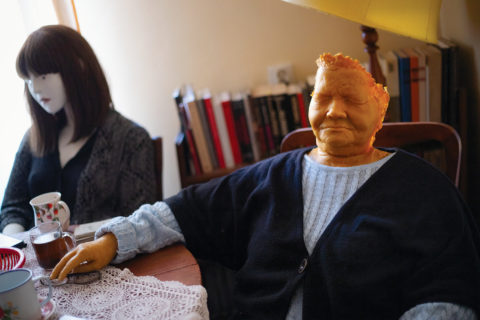 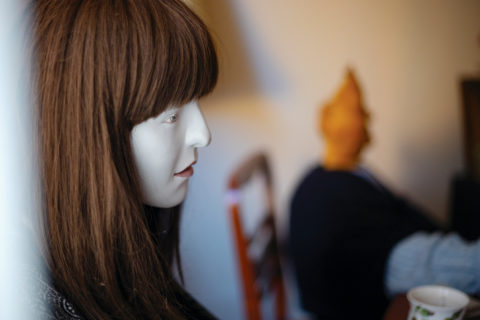 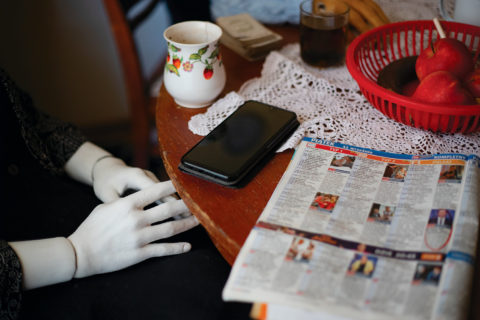 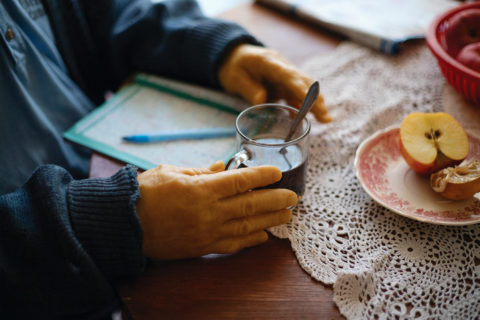 How to tame the fear of passing away and death. How to make present and save at least a part of one’s own existence. The increasing awareness of the need to be saved from non-existence and from the sense of void causes Olga Zaremba to find great meaning in the results of an internal passion, in painting, in art. Artistic work is almost the ritual of creating an object that would prevent our own memory from turning into ashes. And this wayward memory – it is unknown what it is – is subject to imagination to which we owe the creation of the truth about us. The artist’s painting element proved to be insufficient to ensure the presence of memory, the mundaneness of the warmth of home life, its object and her own self. The place, spatiality, bronziness of what is alive, without pretence, the aromatic wax of the face and hands, natural hair, the smell of dust, worn-out clothes, the ossifiedness and loud silence of the naturalness of an inanimate object. The absoluteness of duration of the object, changing light, hope.

Olga Zaremba treats dolls as a ‘material vehicle of my own memories and experiences’. Creating them, she transcends her own world. She looks at it from the outside. In the minor degree in Visual Structures entitled Transition, she speaks of initiation into adulthood. She confronts us with two fabulously designed dolls. A young girl and a young boy with androgynous, though maturing bodies. I admired Olga’s distinctness for the period of her studies. Since she started the doll project, with much help from Prof. Jacek Dyrzyński, she has worked with confidence and concentration. She has achieved an incredible effect; we stand embarrassed with the presence (which, after all, is also absence) and, at the same time, amazed at its artificiality in front of her installation. We feel that we are participating in a private ritual.