The project Attention focuses the recipient’s attention on the laborious perebora weaving technique, where each line of the pattern is formed thanks to the meticulousness and attentiveness of the weaver. The starting point is the model of original pereboras woven by the artist. The encoded modules of formulas being reproduced line by line refer to working at an automated Jacquard machine, which is the prototype of the computer. Openwork fronts of light panels refer both to designs on trusses that form a basis for the woven pereboras and to perforated cards being the prototype of memory in the operation of a Jacquard machine.

Consisting of twelve centrefolds devoted respectively to each month of the year, The village annual illustrates, month by month, the ceremonies and rituals of the old village that are no longer commonly practised today. The style of the book is inspired by the Podlasie double-warped fabric. 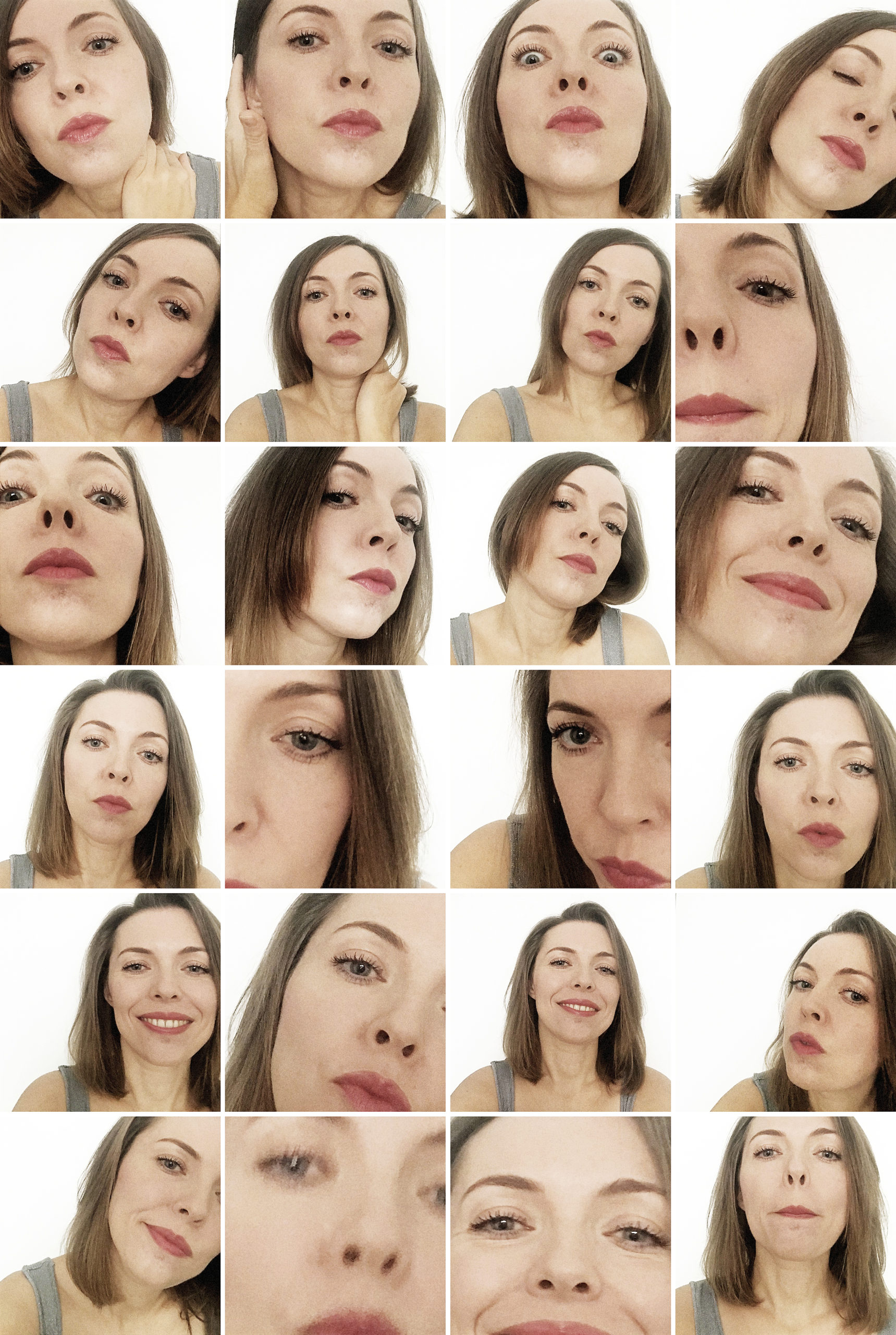 Born 1981. Studies: Faculty of Mathematics and Natural Sciences of the Catholic University of Lublin (long-cycle 2000–2005), Faculty of Arts of Maria Curie-Skłodowska University in Lublin (first-cycle, 2007–2010), Faculty of Graphic Arts of the Academy of Fine Arts in Warsaw (second-cycle, 2017–2020). She works in the design and illustration of books, book covers, posters and visual settings of events, artistic weaving and the design of clothes adorned with original pereboras within the scope of her own brand How I. A teacher of illustrative graphics and editorial design in the Lublin School of Art and Design. Solo exhibitions, e.g. Porcupines, Cultural Centre in Lublin (2019). 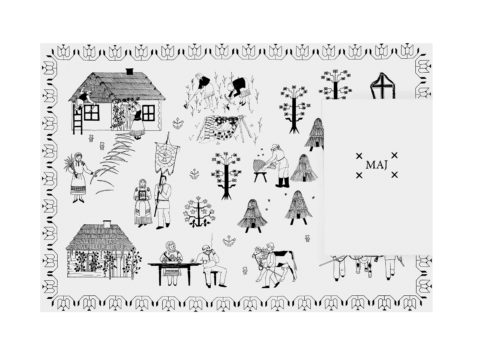 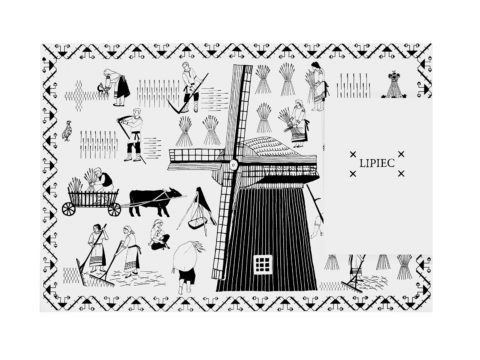 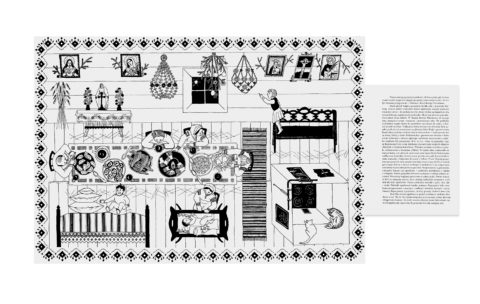 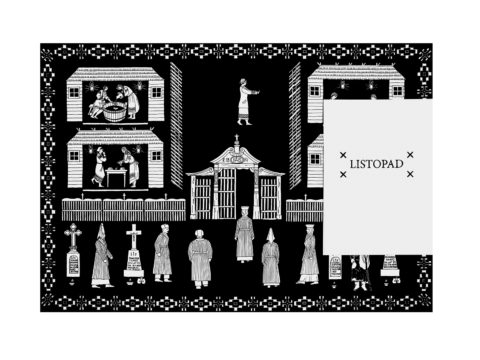 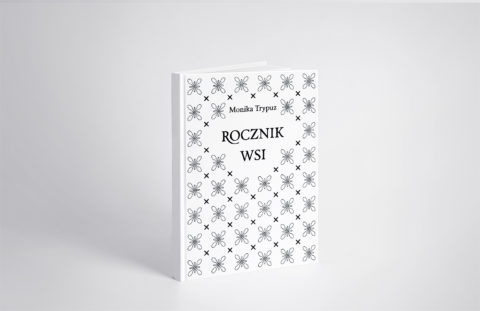 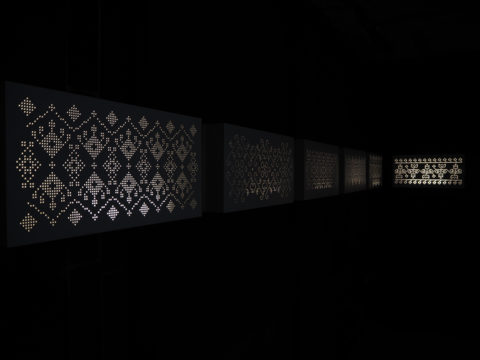 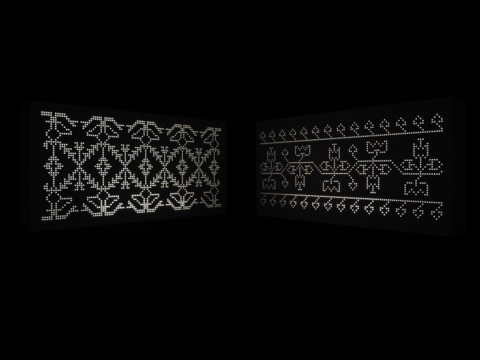 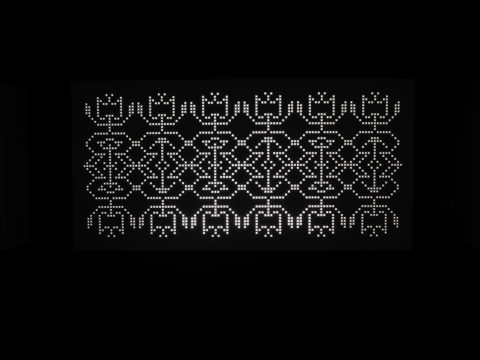 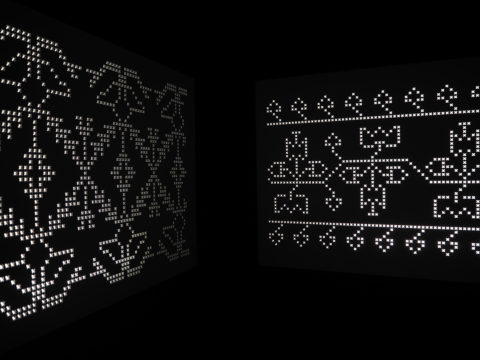 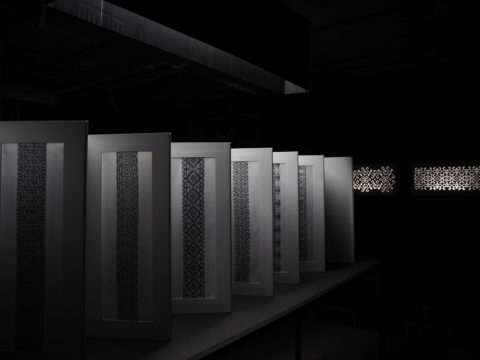 The completed degree piece Attention became a reason for reflections on cultural heritage and the fleeting – as it turns out – system of values in the confrontational dimension of the global world. The author, Ms Monika Trypuz, decided to present this topic from the perspective of dying professions on the example of folk weaving culture in the Lublin region. Attention became an original graphic installation in which perforated light panels and mapping were used. All of this is dedicated to the essence of the perebora from the perspective of the model-matrix and its specific features in the context of reproduction. In this sense, the degree piece also fits into the context of introspection, because the author acquired design and manual weaving skills for the needs of the degree piece, and took lessons from genuine masters of the profession – presumably the last living female weavers. Hence, there is a straightforward way to recognise another benefit of the presented degree piece, which is so obviously part of the educational mission in general. Thus, we should wish the artist further success and luck in the implementation of similar artistic projects on both a local and international scale.

A degree piece created in the style of ethnic art, referring to Mexican Santa Muerte rites or recalling the tradition of African masks – it is doomed to failure.

What can be more remote from creative freedom than to impersonate a culture to which you do not belong? Referring to local roots only apparently makes things better.

A vast majority of Poles come from the peasantry, but rural culture is the song of the world that is gone – a reality that is as remote from us as aboriginal paintings…

Monika Trypuz’s degree piece proves that these judgements are utterly false. Referring freely to the modus operandi of the double-warp embroidery technique, the artist creates her own world in which figures and ornaments co-exist harmoniously. The particularism of rituals coming from the author’s homeland gains a universal dimension in the form of a calendar reflecting the eternal periodicity of nature and fates of people working on the land that are also connected with nature. Presentations of wooden architectural monuments and descriptions of folk traditions and customs related to each month make the piece even more valuable.