At the planning stage, the author had to answer a few questions: does conservation make sense at all? is anyone not being a person of Mosaic faith allowed to conserve a Torah scroll? is it likely that this work, aimed not only at the material protection of the object, but also at the commemoration of Polish Jews, will do more harm than good by hurting someone’s feelings? The arguments for the performance of works were that the scroll is not a kosher object and is one of the few existing mementos of the annihilated community. The questions about the character of potential conservation works were posed to two rabbis and a sofer from Jerusalem. The answer was positive – on the condition that the letters are not corrected.

As a result of the Holocaust, the scroll became a carrier of both Jewish and Polish historical memory – wanted and unwanted memory; some parts of the scroll are in an ideal condition, some are ‘patched, glued and straightened’, and others are closed and unavailable for ever. 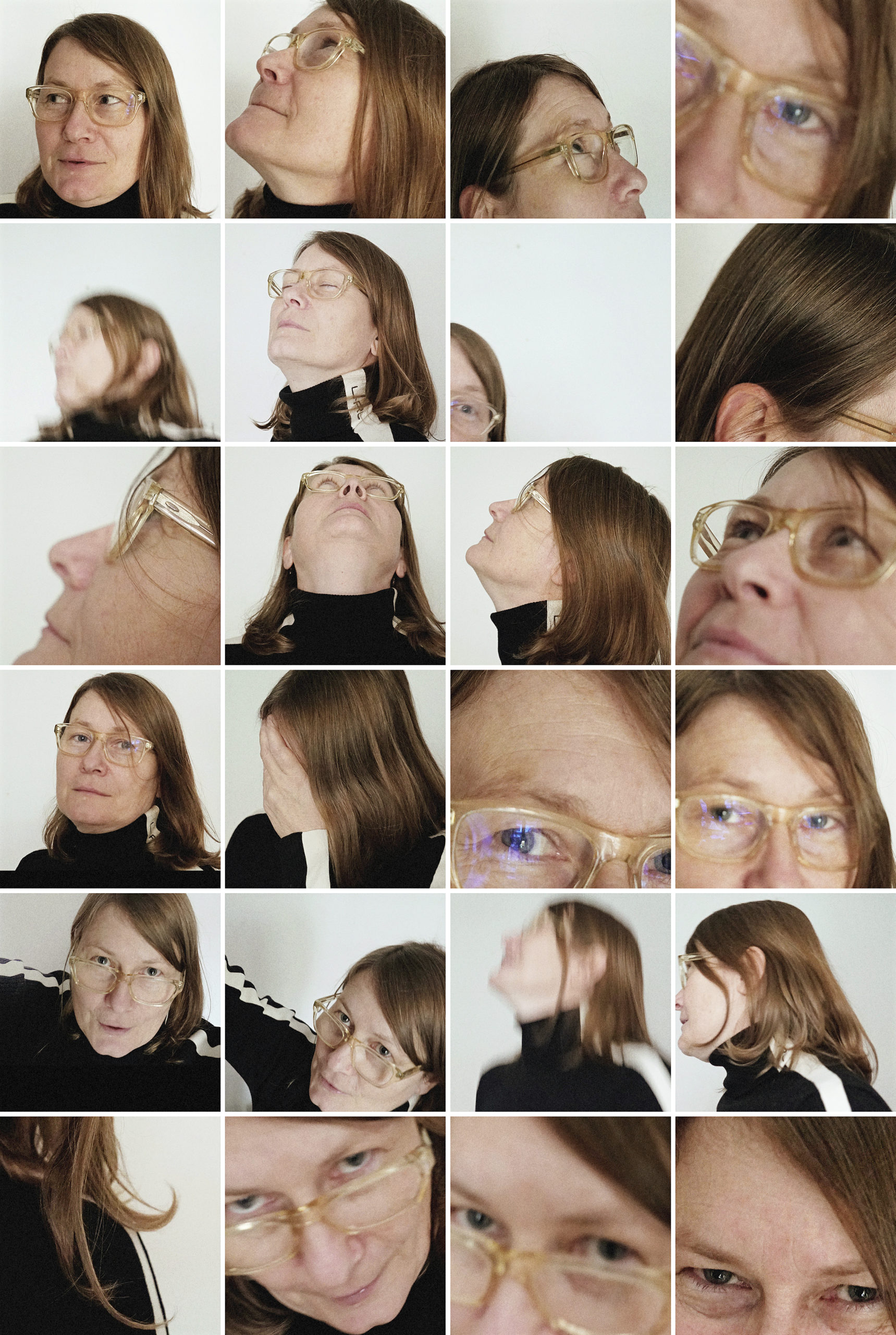 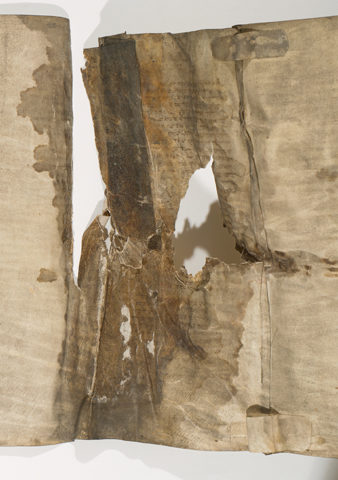 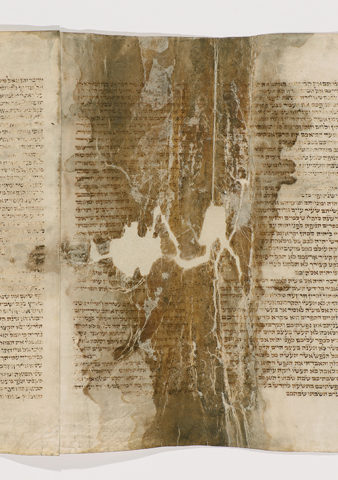 The choice of this historic object for the degree piece was not accidental. Monika Magdalena Dzik based this conservation work on many earlier thoughts, treating it as a part of her professional and, most importantly, personal development. Taken out of the ashes of World War II, the charred Torah is not only a cultural and religious monument and a witness to history. It is also a symbol. It exists on many levels in our reality. Although desacralised, it has a spiritual dimension. It currently functions at the crossroads of cultures, and its protection is connected with the recognition and maintenance of all of its values. On the other hand, the parchment matter of the partly destroyed 20 metres long Torah scroll required very difficult treatments, preceded by research with the use of modern methodology.

Monika Magdalena Dzik was fully prepared and mature enough to undertake this task. She is a person with broad artistic and humanistic interests, but she also copes exceptionally well in the field of exact sciences, thereby being a great partner in interdisciplinary projects. She analysed the protection of the Torah on many levels, in technological, historical, ethnographic, sociological, spiritual and even psychological aspects – on the basis of solutions elaborated for objects functioning simultaneously in a number of cultural spaces.

A brilliant piece, completed at a very high ethical, technical and scientific level. A source of reflections on what we were like as a society 80 years ago and what we are like now.