A story of a man hiking alone in the mountains who comes across something that will change his onward journey. He initially fails to notice small elements that affect him and the surrounding reality. The animation brings up the subject that should be close to everyone, because it refers to everyday choices and behaviours in the environment in which we live. 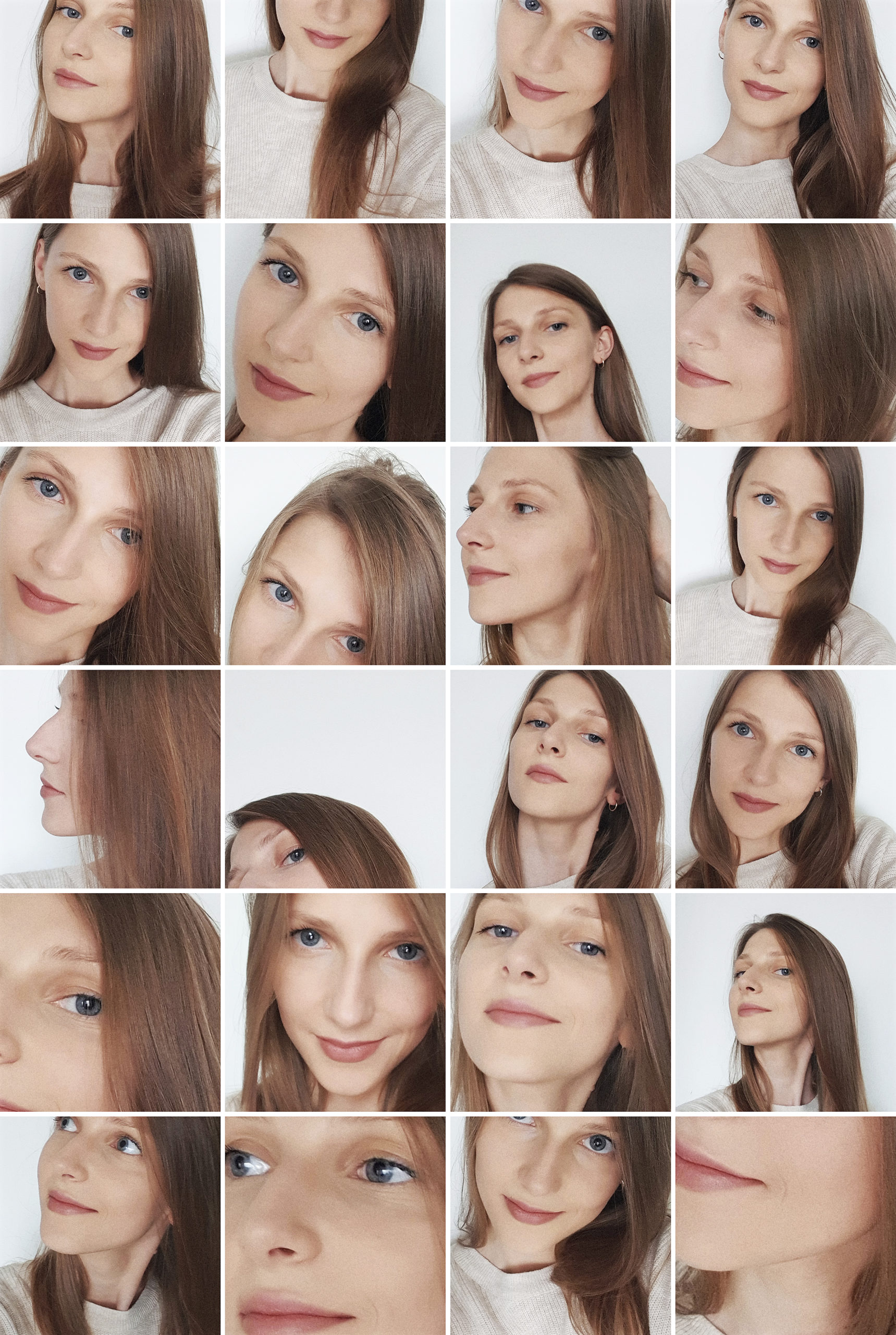 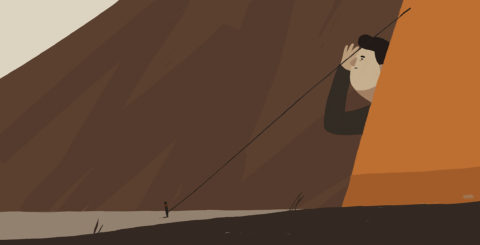 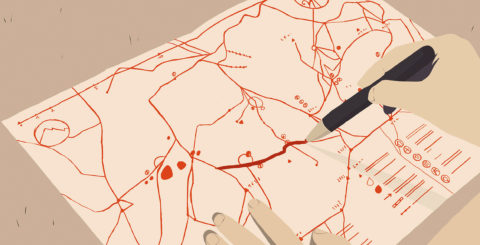 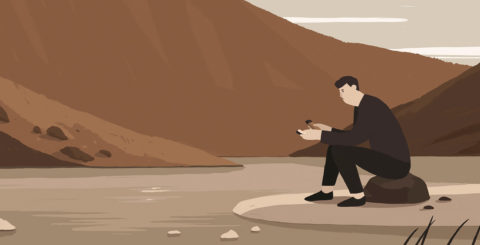 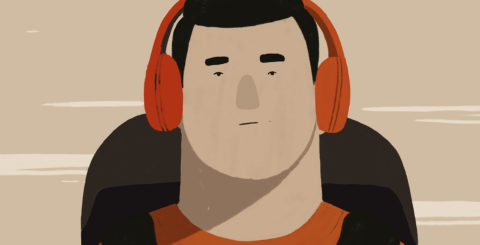 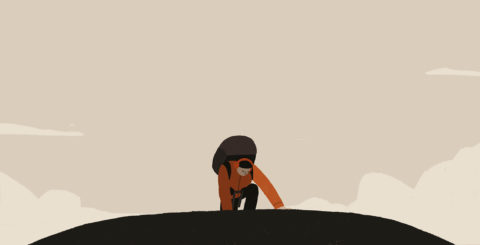 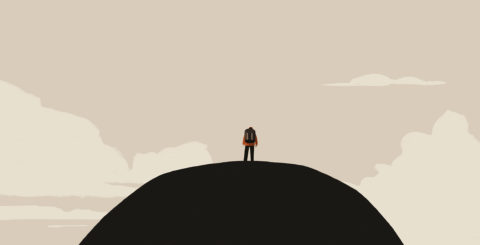 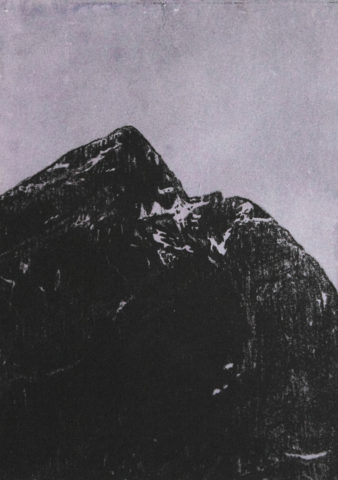 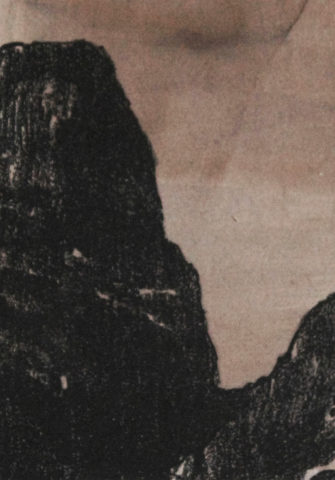 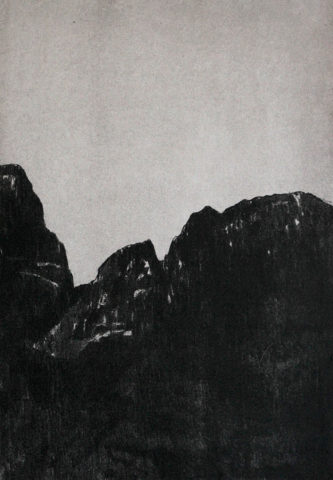 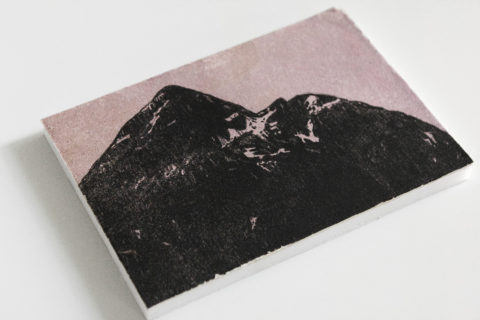 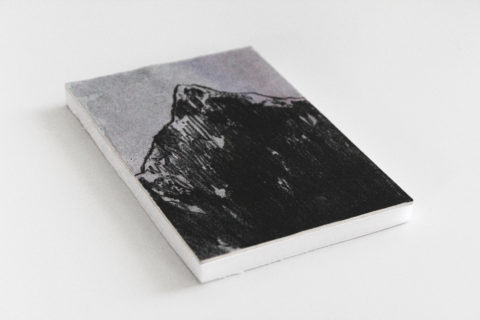 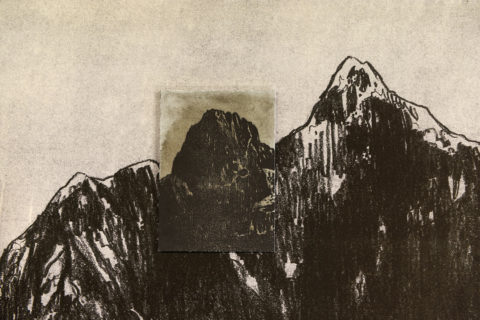 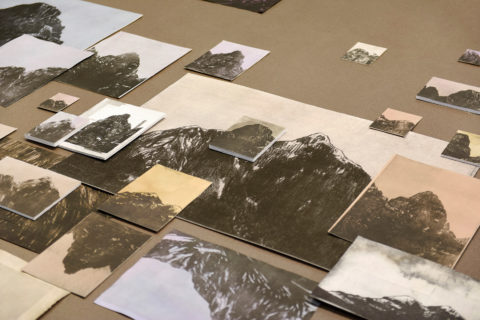 A wanderer in the mountains is a recurring motif in old painting, particularly from the Romantic period. This topic gave artists an opportunity to depict relations between the human being and omnipotent nature, it also dealt with a journey into one’s own self. The wanderer being the main character of the film A Tourist by Joanna Jaworska has no romantic characteristics. He is a contemporary commonplace backpacker going for a leisurely walk in the mountains. He consumes chocolate bars and crisps, drinks juices from cardboard cartons, can afford a few sit-ups ‘for health’ and listens to the sounds of nature via a smartphone. Walking down the paths of the desolate landscape, he is probably the last man on Earth, but he does not know about it yet. He does not notice the catastrophe resulting from the degradation of the environment. The rock mass he is traversing consists of heaps of rubbish covered with soil and snow, closed under the dome of a gigantic tent. This bears a resemblance to the film The Truman Show; the only difference is that the film directed by Peter Weir told of the contemporary media and their tendency to manipulate, and this one deals with the problem of destruction or even annihilation of the natural environment. Particularly significant for Joanna Jaworska’s film are two mirror shots presenting the act of unbuttoning the opening of the tent; the first one shows the moment when the tourist wakes up and leaves the tent in which he slept, and the second one shows him unbuttoning the opening of the tent – the pavilion that serves as the door to a different reality. What will this new reality be like? A friendly world or another pavilion? The author does not put a period on this story. She leaves room for the spectator’s imagination.

Joanna Jaworska’s minor degree piece in drawing became my personal discovery of the sense of drawing in its autotherapeutic aspect. Initially, there were no signs of such aspiration. Quite the opposite. While performing successive tasks in the studio run by me, Joanna found an outlet from everyday reality, quite far from intellectually elaborate contexts. Ideas for drawing always crossed her mind when she hiked in the mountains; on those occasions, she hit upon the original idea of creating a simple sketch book, which later became a foundation for her own cycle of pieces based, among other things, on a monotype delicately coloured with watercolour. Dozens of pieces gathered from 2018 finally became a pretext for creating a minor degree and for building an installation in which the author submits the motif of an mountainous landscape to reception, using a simple measure of multiplication and repetition based on a record of apparently the same reality. Consequently, in my view, the author managed to complete a sort of transgression and provide an excellent starting point or departure point for further – already independent – projects.